Hair grows faster in the Spring and Summer-really! 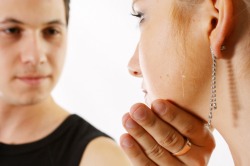 " Various parameters of hair growth were determined every 28 days for 18 months in 14 healthy Caucasian men aged 18–39 with indoor occupations in Sheffield, U. K. (latitude 53.4°N). In the scalp the proportion of follicles in anagen reached a single peak of over 90% in March, and fell steadily to a trough in September. The number of shed hairs reached a peak around August/September, when least follicles were in anagen. At this time the average loss of hairs was about 60 per day, more than double that during the preceding winter. The rate of growth of the beard was lowest in January and February and increased steadily from March to July to reach a peak about 60% above the winter level. The rate of growth of thigh hair showed a similar pattern though with less pronounced differences. No seasonal fluctuations in finger- or toenail growth were detected."